Interschutz 2022 - A trade fair of superlatives for Hänsch

Lively stream of visitors at the company's own trade fair stand

Hanover. After a 7-year break, the world's most important leading trade fair for the fire, rescue and fire protection industry, Interschutz, took place in Hanover from June 20 to 25, 2022. The focus was on civil protection and disaster management, digital communication and control center technology, safety and modern protective equipment. Almost 1,300 exhibitors from over 50 countries presented their latest technologies and developments. The event was rounded off by exciting technical presentations and demonstrations.

Of course, warning system manufacturer Hänsch was not to be missed and presented its portfolio of optical and acoustic special signaling systems. The product innovations generated particular attention. The absolute highlight was the DBS 850 lightbar sytem, which is available as divided and full length-version. While the light lenses and hoods have a modern appearance with clear contours, the aluminum profile and installed trim panels are deliberately kept dark. "The response from automotove manufacturers and end customers, particularly with regard to the design, has been tremendous. Customers who had last placed an order for the predecessor model DBS 975, are now planning to switch directly to the new variant," says Dr. Holger Jönen, head of development.

In addition to the DBS 850, the Mobile Warning and Communication System (MOWACOM) for warning the public in hazardous and large-scale situations was in great demand. The TFA Per4mance tone sequence system with optimized sound propagation for urban and rural areas as well as wide-angle city signal with intersection effect also impressed the expert audience. Furthermore, the new directional beacons Sputnik Hybrid and Sputnik Flat met with great interest. The compact, versatile all-rounders impress with their slim design, a high warning effect in the intersection area and their two-tone color.

The number of visitors and the interest in the innovations from Herzlake were overwhelming. Not only at the company's own exhibition stand, but also as soon as visitors entered the exhibition grounds, it became quickly apparent who enjoys market leadership in the field of special signaling equipment for rescue, fire and disaster protection. All major automotive manufacturers, fire departments and rescue services, presented their emergency vehicles and with the products made by Hänsch.

From numerous integrated solutions "Integro", to the special lightbar system DBS 4000 and the multi-color switchable DBS 5000 as well as various special solutions - Hänsch as far as the eye can see. The visitors gained an insight into the versatile application possibilities of the products at the exhibited emergency vehicles. In particular, the innovative development ideas in the area of integrated solutions demonstrated Hänsch's dominance and clearly stood out from the competition in terms of design and quality.

The new generation of Rosenbauer electric vehicles, for example, is fully equipped with Hänsch lighting technology. An E-Panther, which will be used as an airport fire truck, has integrated solutions as well as directional beacons installed. According to Vice President Markus Schachner, "Rosenbauer relies on Hänsch because of its high technology and quality standards." In addition, Spanish partner and manufacturer Surtruck presented its vehicles for the Cádiz Fire Consortium, which are equipped with the Integro Universal LED module in the roof superstructure and the HBE 300 manual control unit, among other features.

Five Bobbycars, each with two Sputnik mini light units as front flashers, which Hänsch developed together with BMW for the youth work of the state fire brigade associations, also caused a stir and were ceremoniously handed over at the trade fair. On the last day of the event, Ralph Wieczorek, Head of Sales and Authorized Representative, was extremely satisfied, "Interschutz is a trade fair of superlatives. We were able to establish numerous national as well as international contacts and received promising inquiries. Due to the successful participation, we will be there again at the next edition in early June 2026." 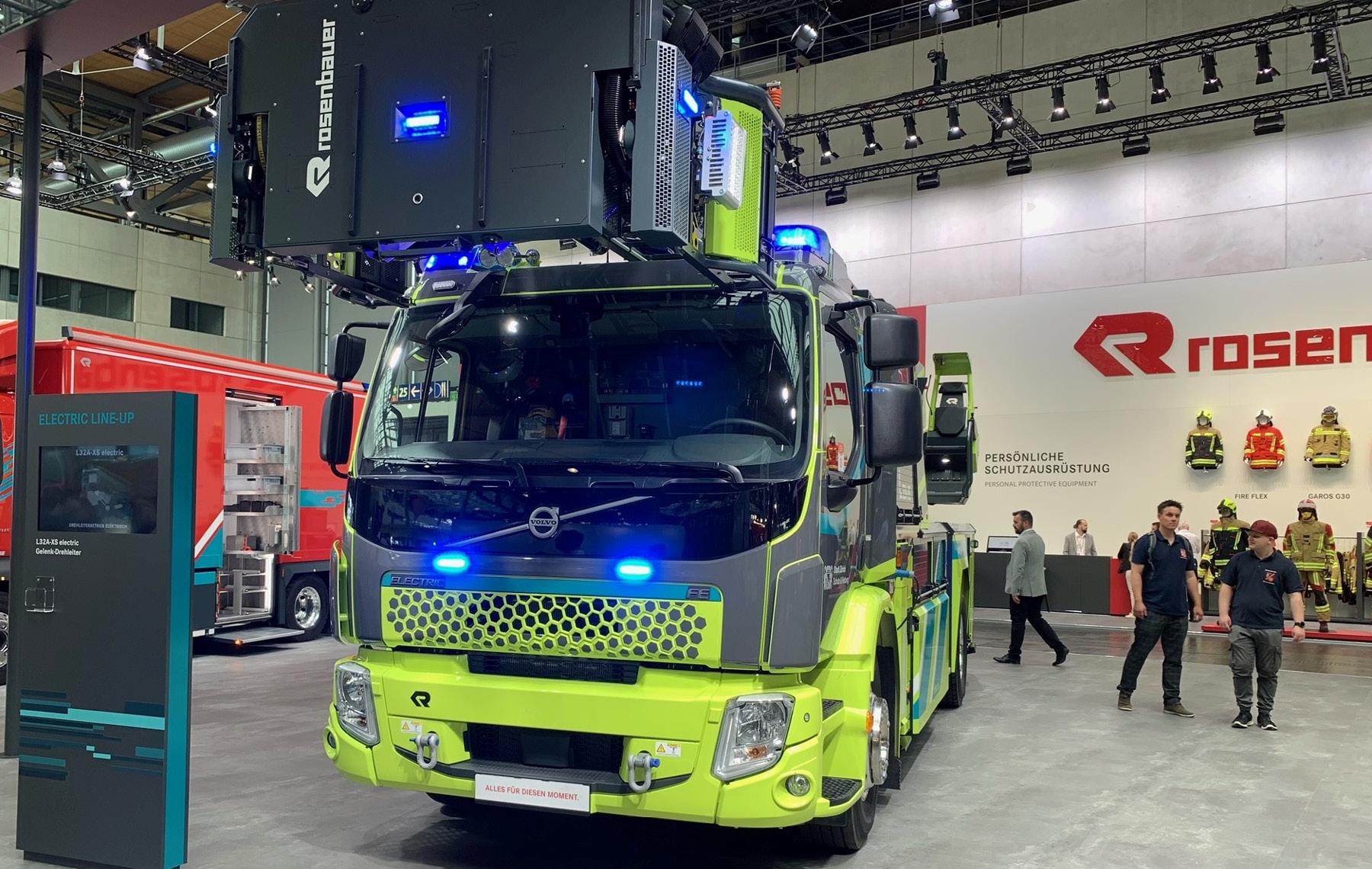 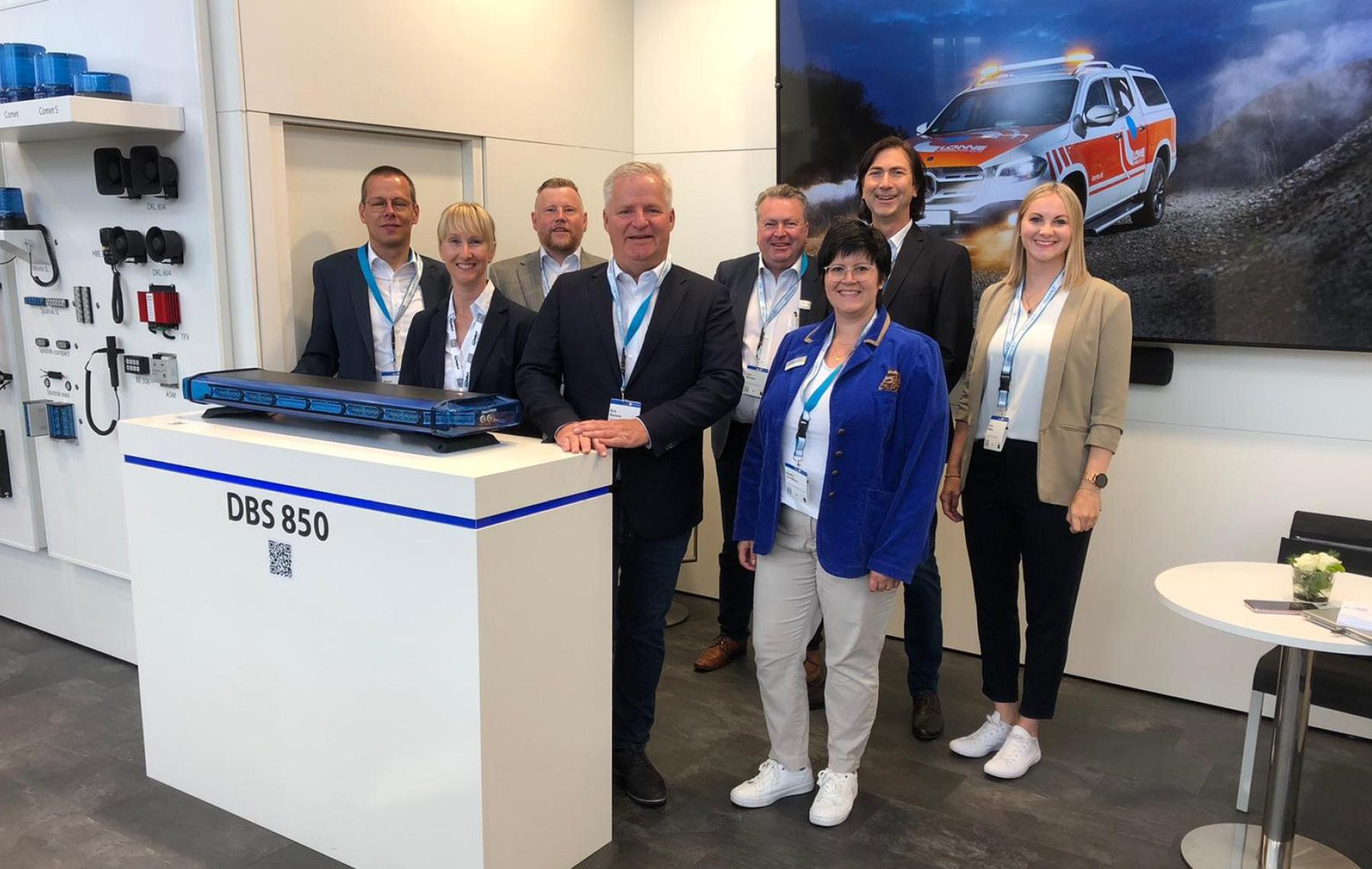 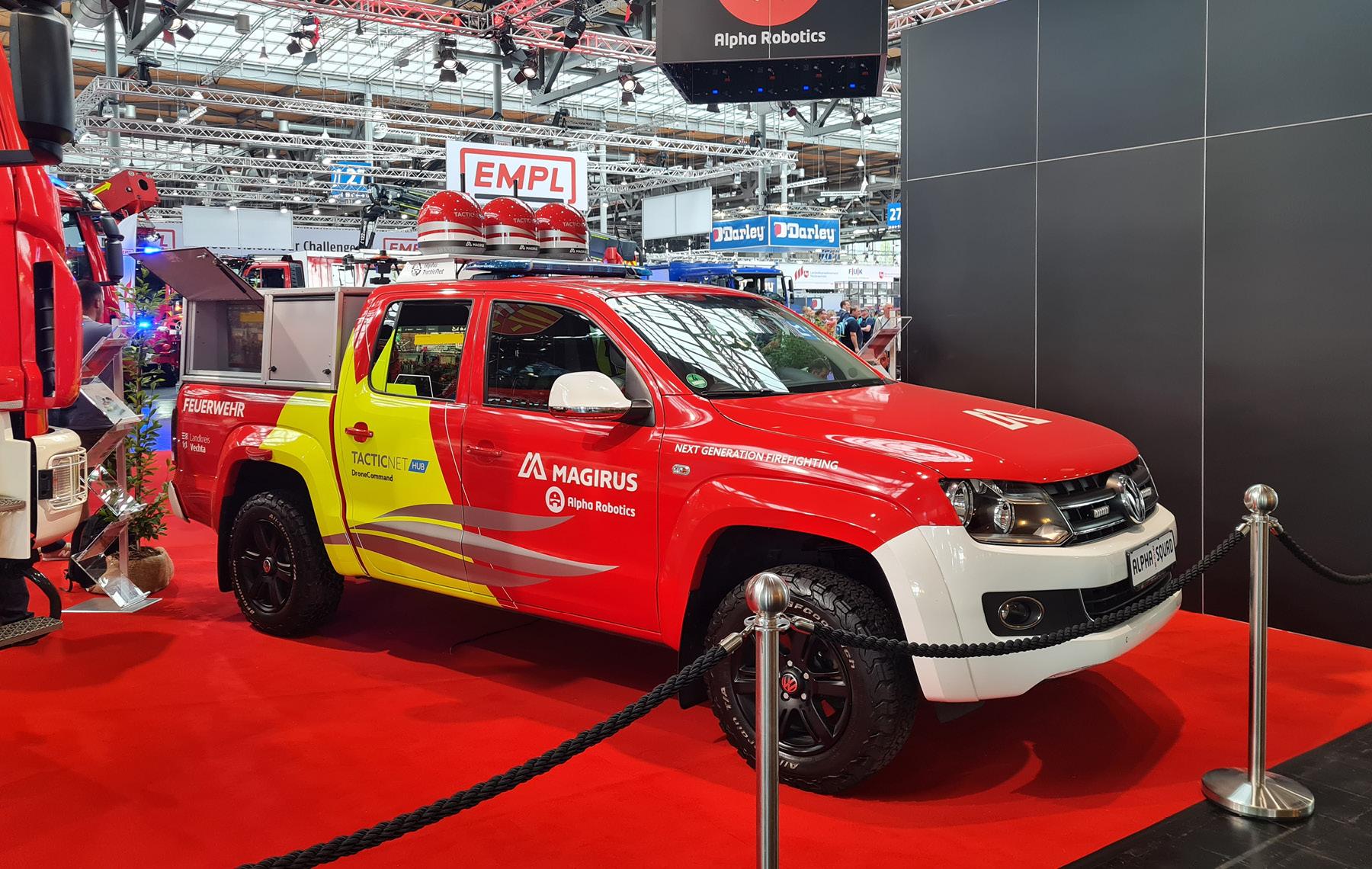 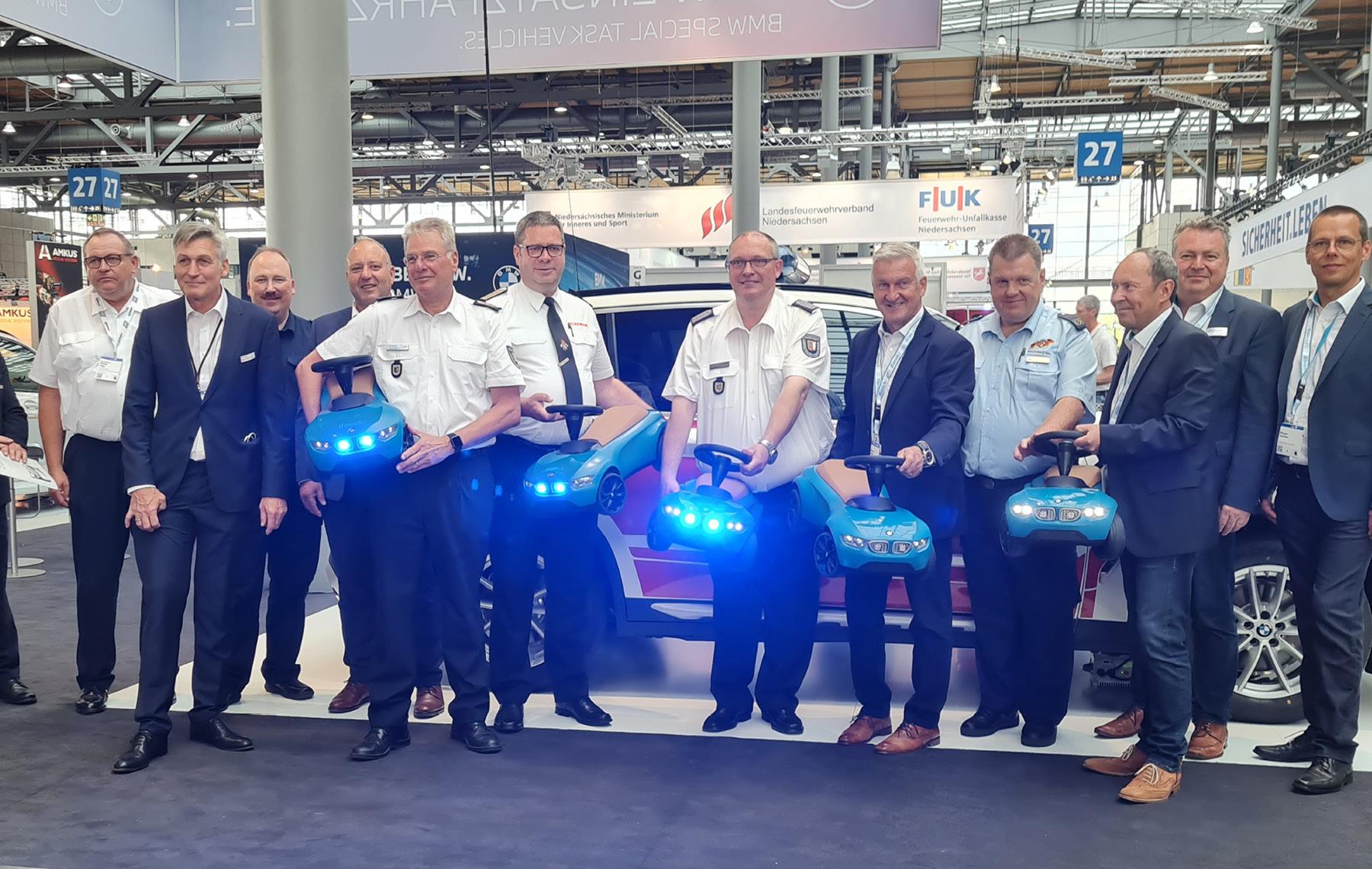 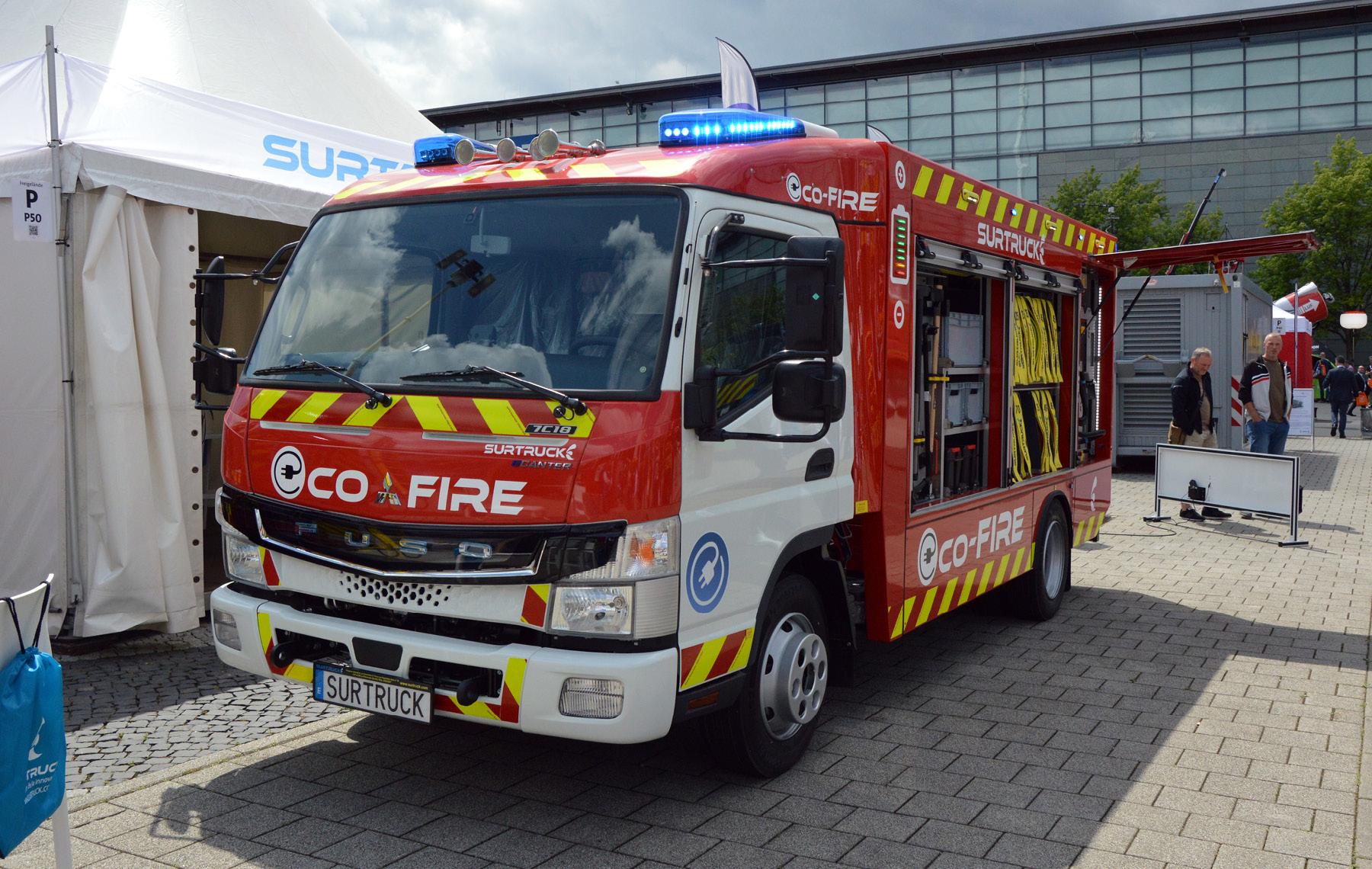 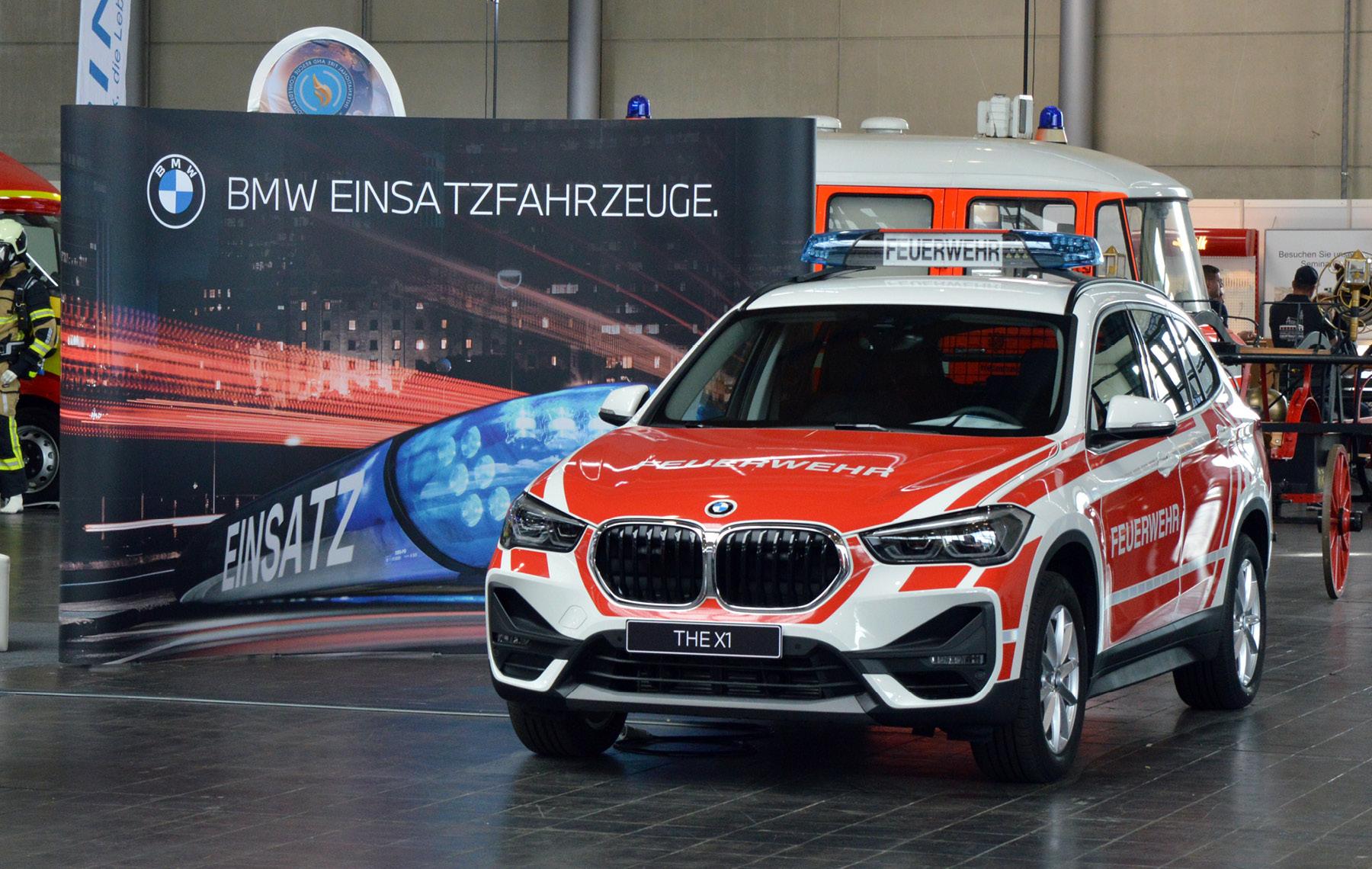 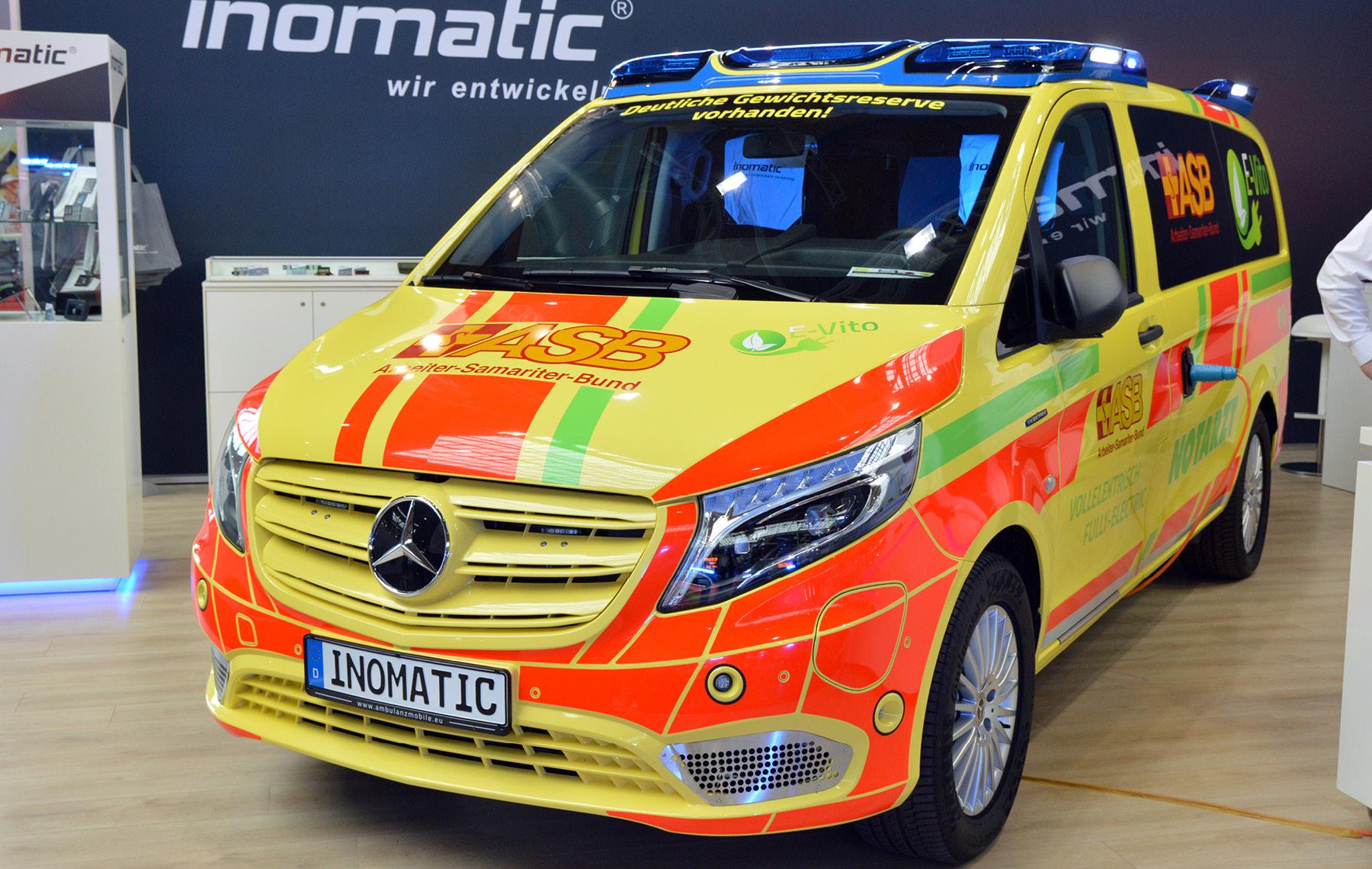 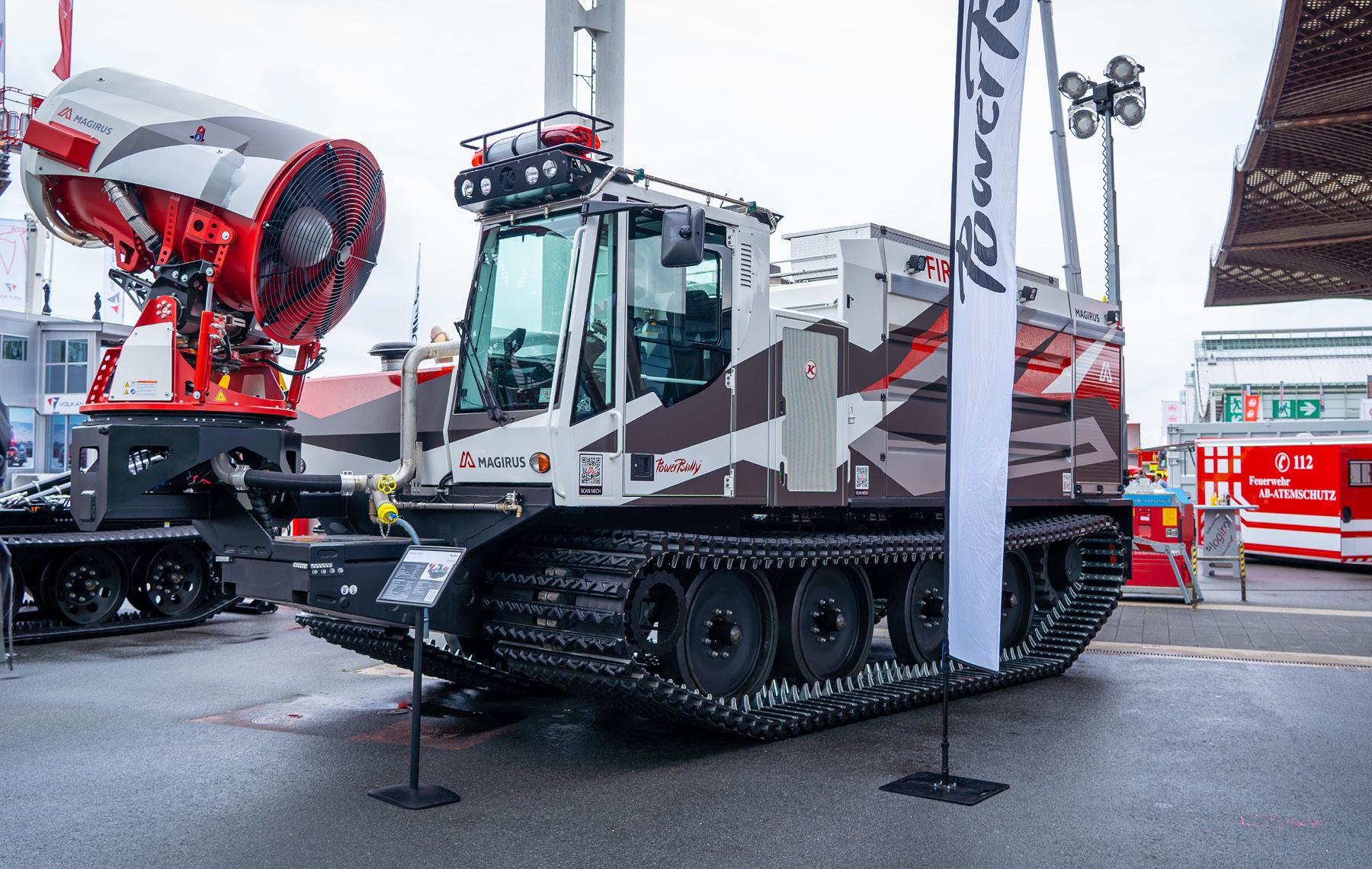 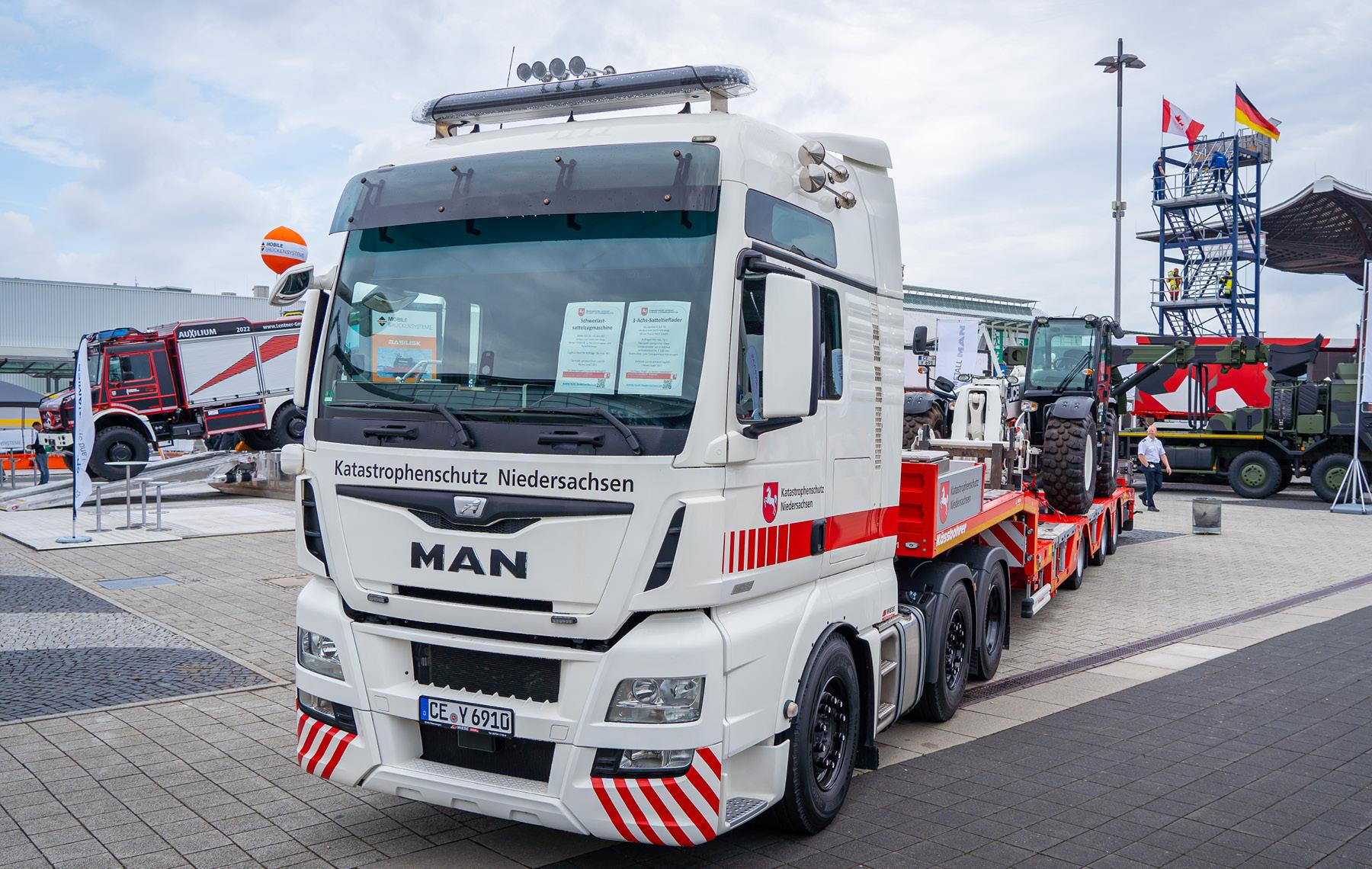 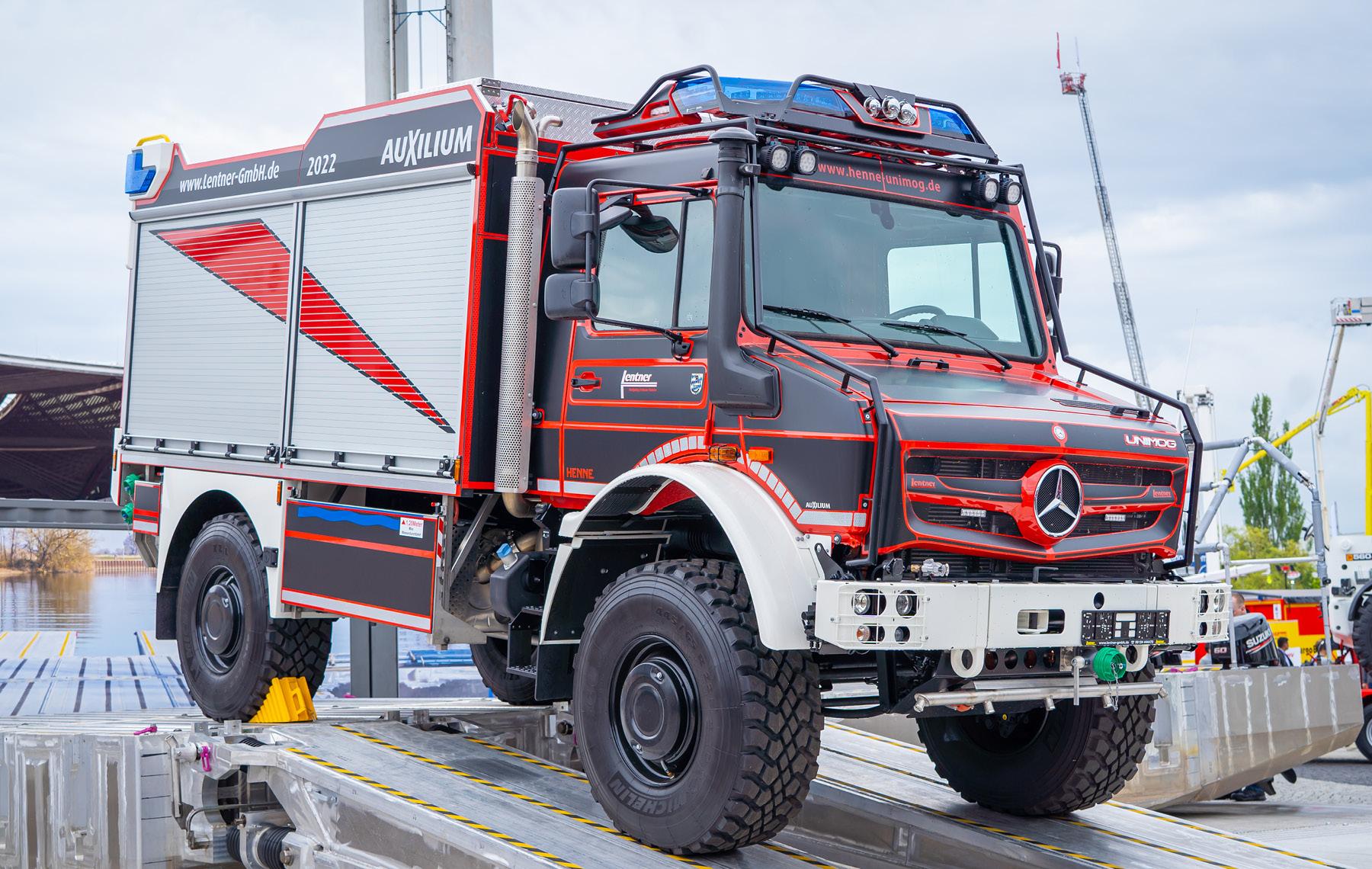 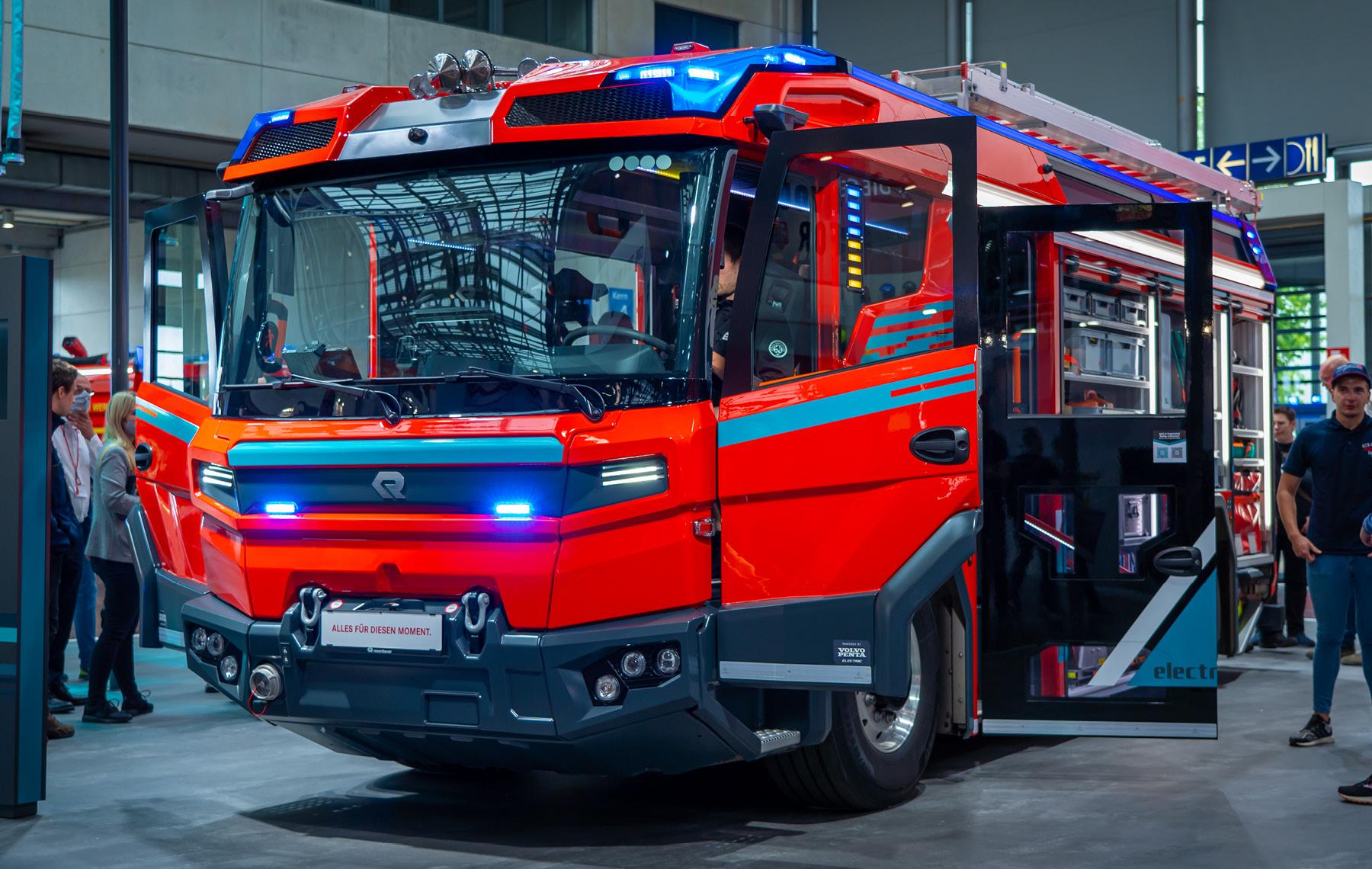 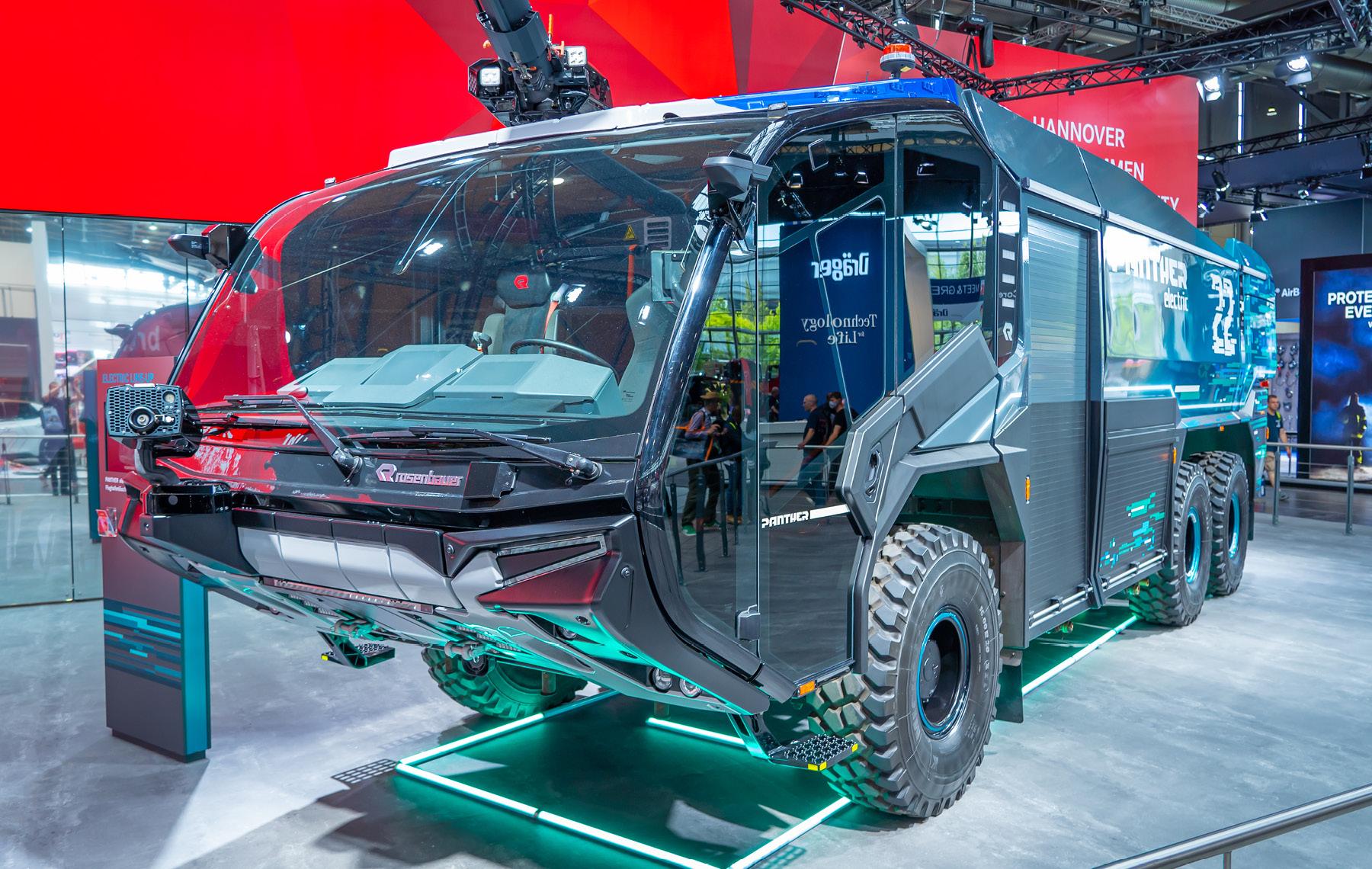 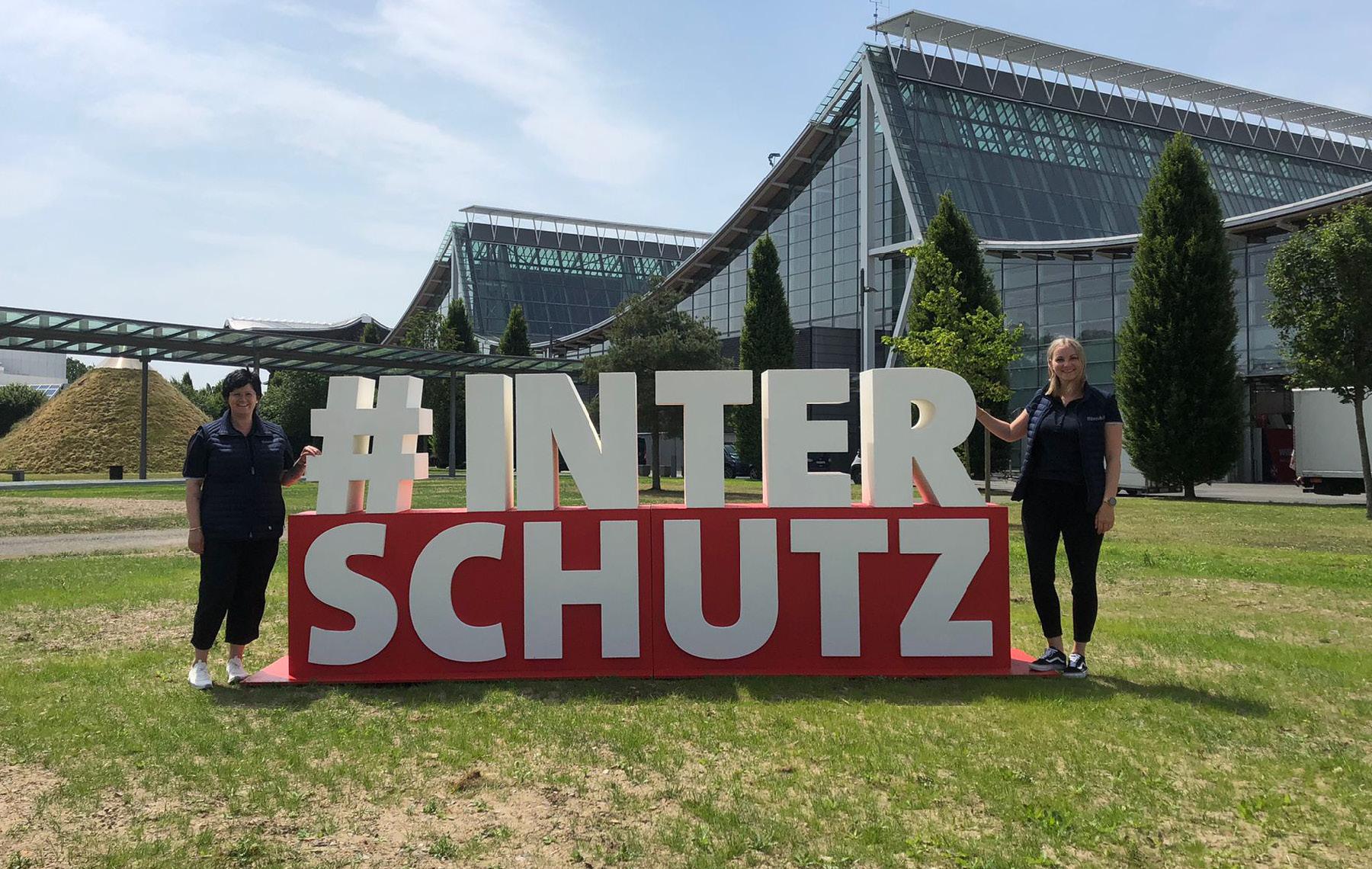 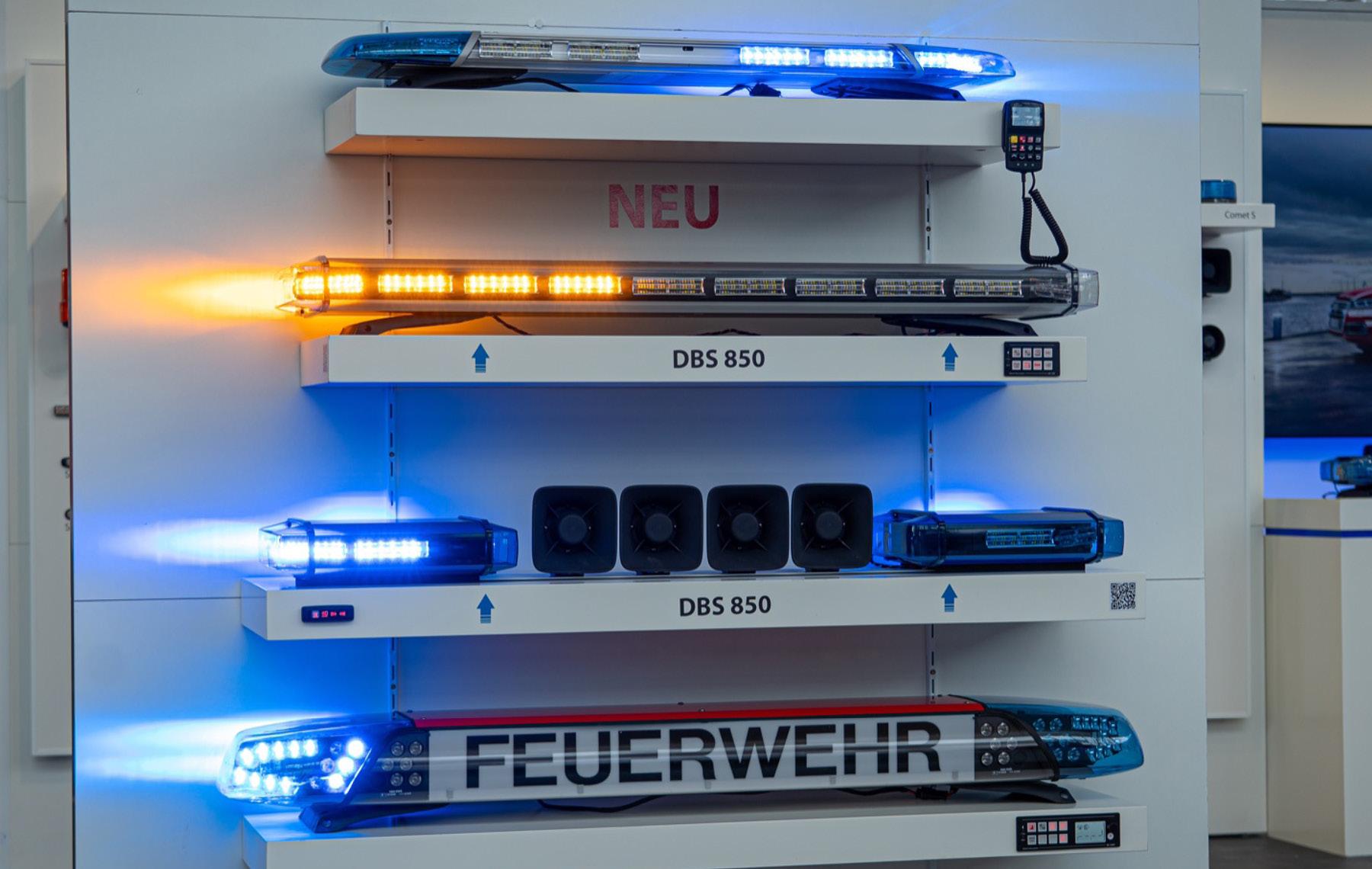 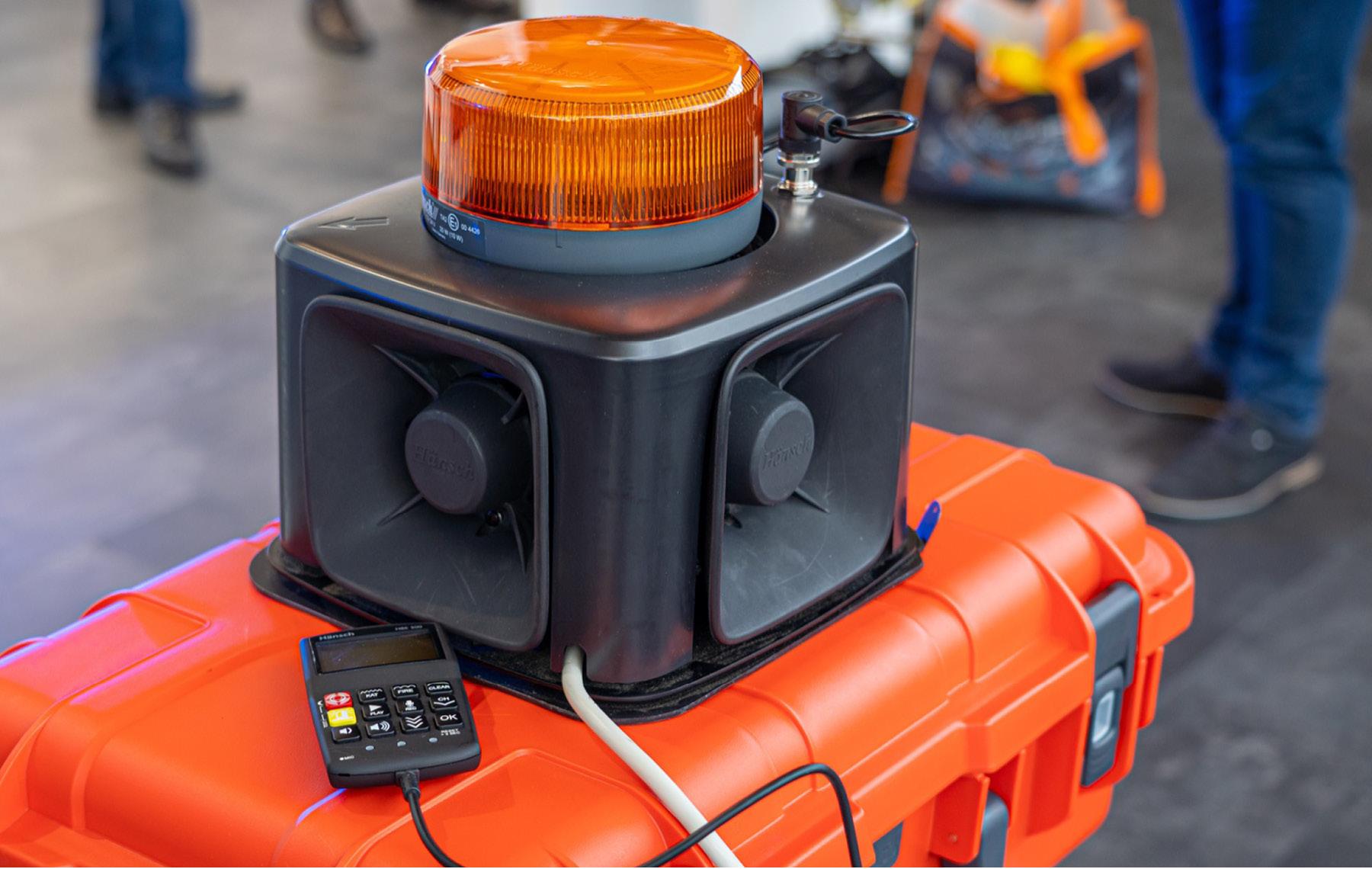 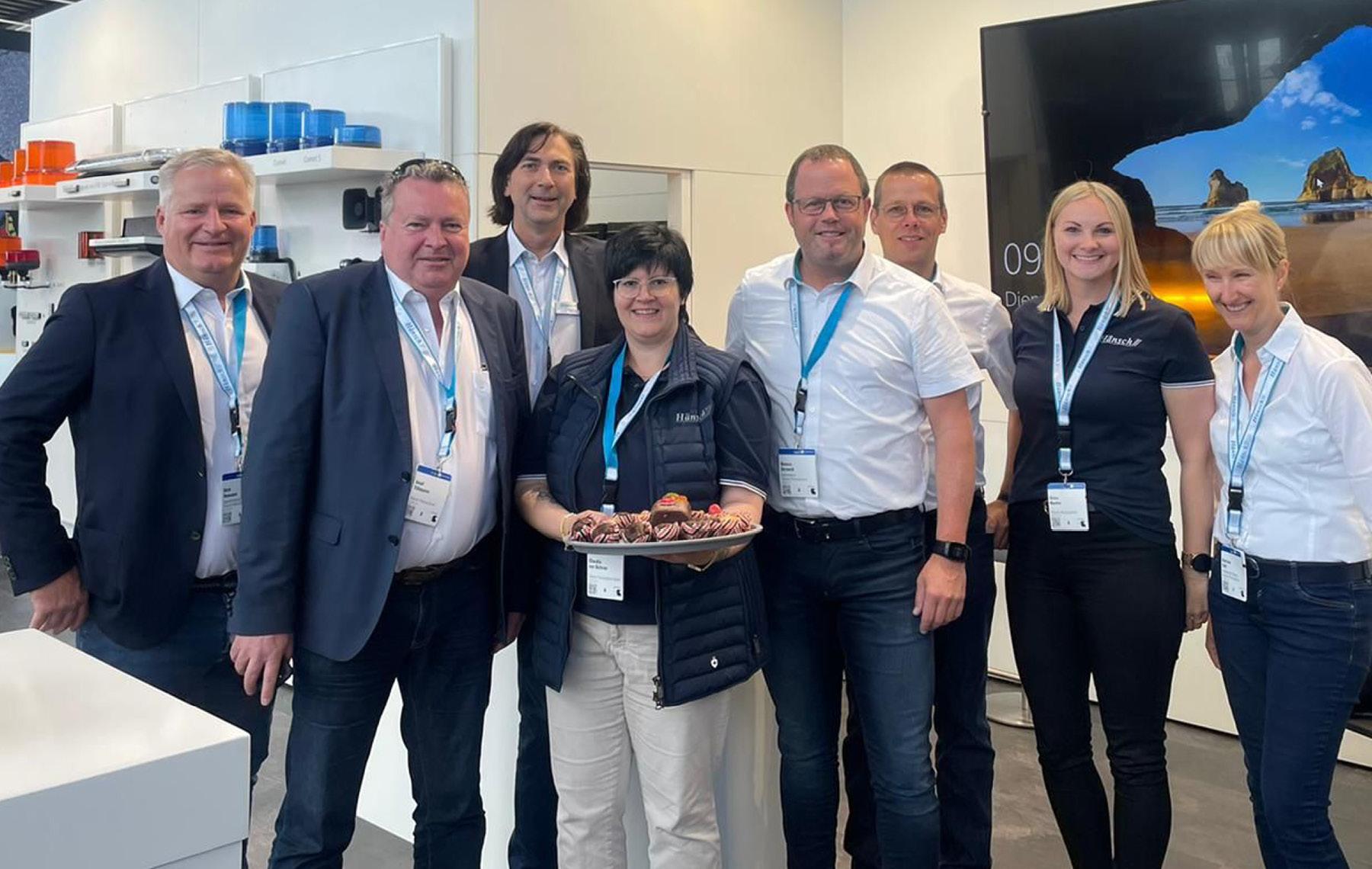 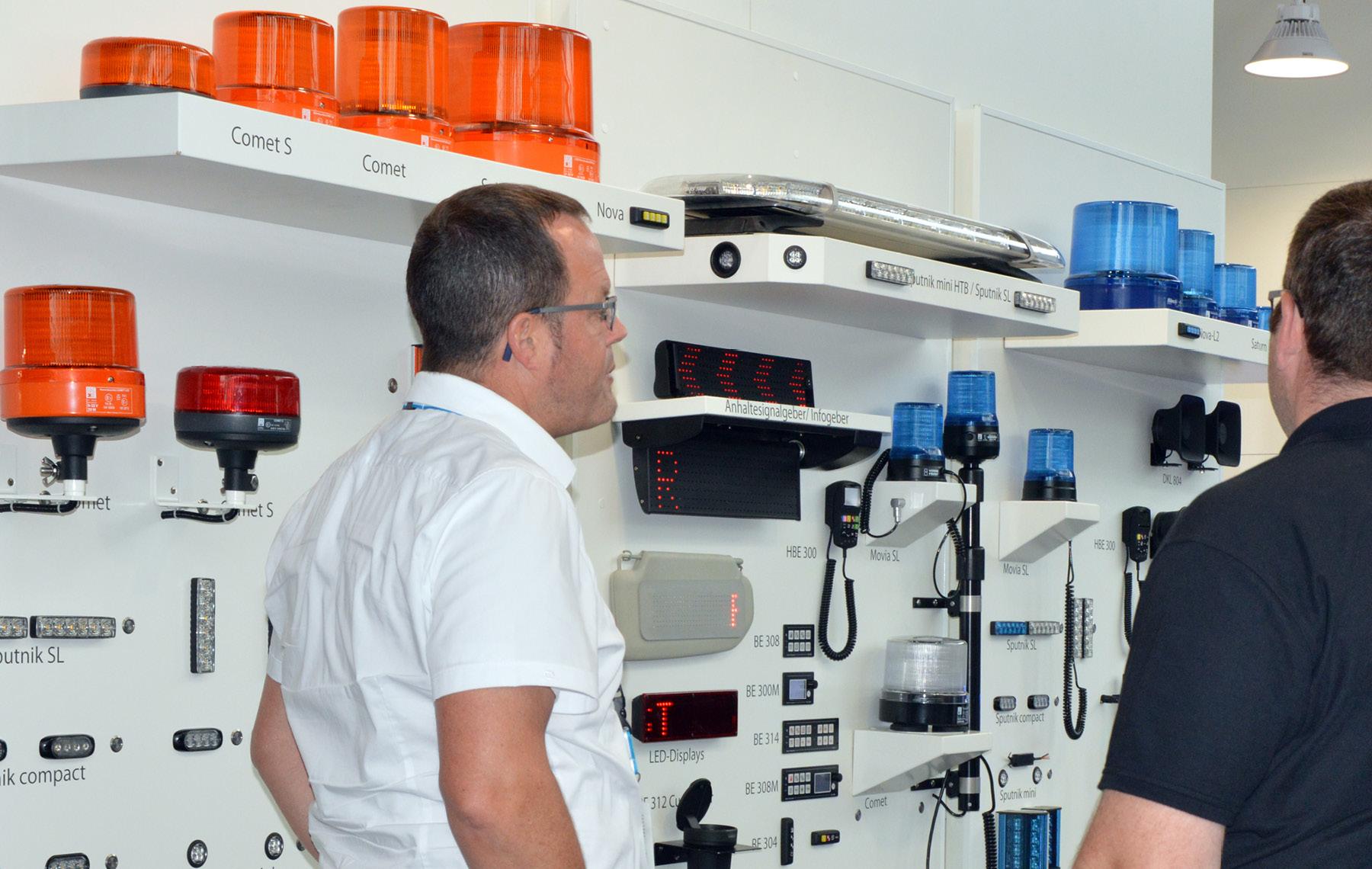