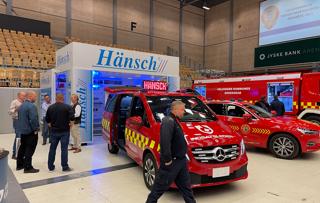 For the first time since the beginning of the pandemic, Hänsch has participated in a European event abroad. Together with its long-standing Danish business partner Autogaragen ApS., the warning system manufacturer exhibited from August 25th – 26th 2021 as part of a traditional annual conference of the Danish emergency services in Odense, Denmark.

The show has been taking place for decades and is regarded nationwide as the most important platform for fire brigades and rescue services to learn about innovations in the field of emergency vehicle equipment. At the same time, a congress with specialist lectures was also held, where the more than 1000 visitors were able to exchange ideas with the approximately 75 exhibitors under corona-compliant conditions.

The booth of Hänsch attracted a lot of attention with its show trailer and two emergency vehicles, a Volvo XC 60 and a Mercedes V-Class. "The offer to test them was gratefully accepted by many interested parties", according to Leif Hemmsen, owner of Autogaragen ApS.

The Volvo XC 60 has been mounted with 3x beacons Comet S, one control unit HBE 300 and one control unit BE304, directional beacons Sputnik Mini in the mirrors, front flasher Sputnik SL blue and Sputnik SL white (WigWag = white alternating light, especially popular in Denmark) in the radiator grille as well as directional beacons Sputnik Compact blue at the sides and in the rear.

The Mercedes V-Class has been equipped with 4x beacons Comet S, one control unit HBE 300 and one control unit BE304, directional beacons Sputnik Mini in the mirrors, front flasher Sputnik SL blue and Sputnik SL white (WigWag) in the radiator grille, directional beacons Sputnik Compact blue on the side and in the rear as well as working lights when using reverse gear.

In addition, other vehicles exhibited at the fair were also equipped with warning systems from Hänsch, such as models from Rosenbauer and Ziegler with integrated solutions. A large proportion of the visitors included decision-makers from the fire brigade and rescue service sectors with whom intensive discussions were held. In addition to the classic portfolio, the focus was particularly on the presentation of new products.

According to Melina Koch, International Sales Representative at Hänsch, "the ASG BIG and ASG FLIP takedown and information displays as well as the tone sequence systems for acoustic support to the light signals attracted particular attention.“

Overall, the participation was a complete success, because after more than 1.5 years "it was nice to see many of our customers again in person," Hemmsen is pleased to say. "In addition, new contacts were made with whom appointments have already been arranged in the coming weeks to present individual product solutions," explains Koch.

> Click on the image below to enlarge the slideshow. 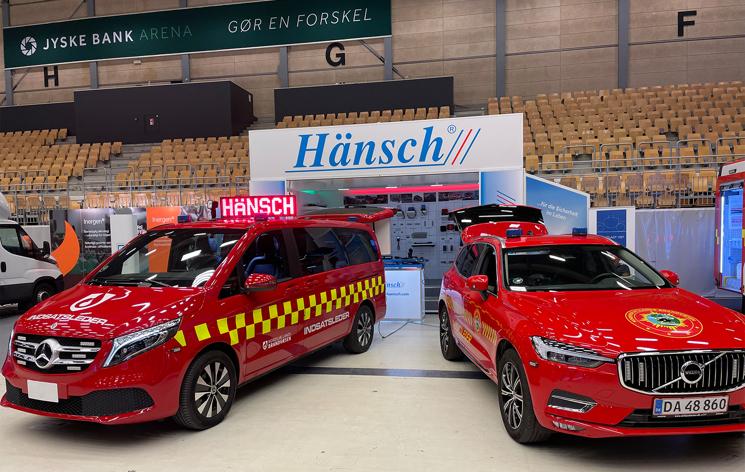 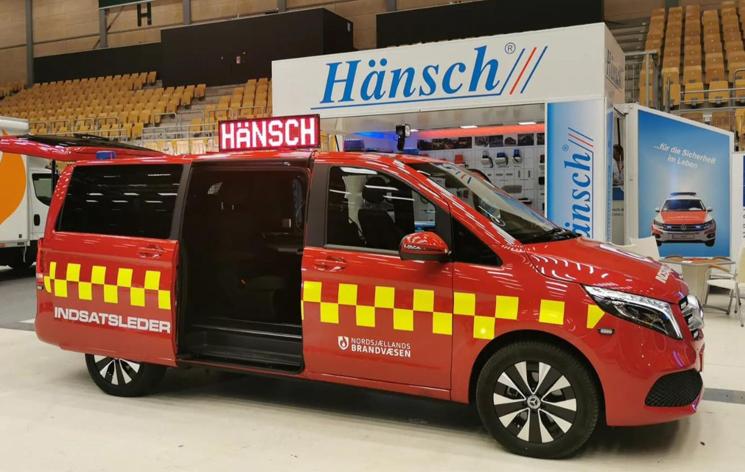 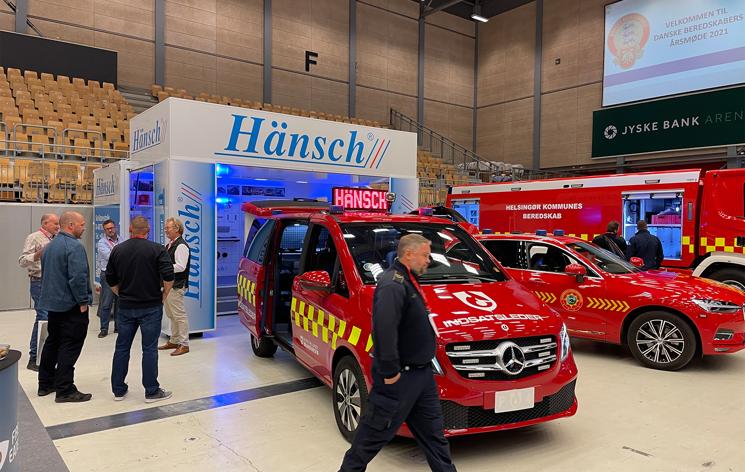