Hänsch honours this year's jubilees on its 5th anniversary 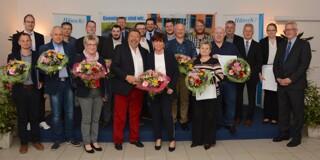 For the fifth consecutive year, the jubilee celebration is honouring members of staff who have worked at the company for at least 10 years, which enters them into the Hänsch "Jubilee Club". Staff celebrating their anniversaries this year were officially honoured in a festive setting by company owner Hans-Jürgen Hänsch and members of the Executive Board. Among the jubilees, in addition to those employees celebrating 10, 15 and 20 years of employment, were colleagues with a proud record of 30 years employment with the company. “A key factor in the company's success is that employees can identify with the company." With these words, Managing Directors Mr Speller and Mr Dopp officially presented membership cards to twelve new members, officially admitting them into the Hänsch "Jubilee Club". Mr Hänsch expressed his appreciation to all the new members: "We would like to thank you from the bottom of our hearts for the many years of loyalty and commitment. It underlines the positive effect of our company philosophy here at Hänsch that employees at a company are so highly motivated at work after such a long time. Long-standing employees act as role models and are a key element of our future."

The following members of staff were honoured in these celebrations:

Celebrating their 10-year work anniversary in 2018:

Celebrating her 15-year work anniversary in 2018:

Celebrating his 20-year work anniversary in 2018:

Celebrating their 30-year work anniversary in 2018: 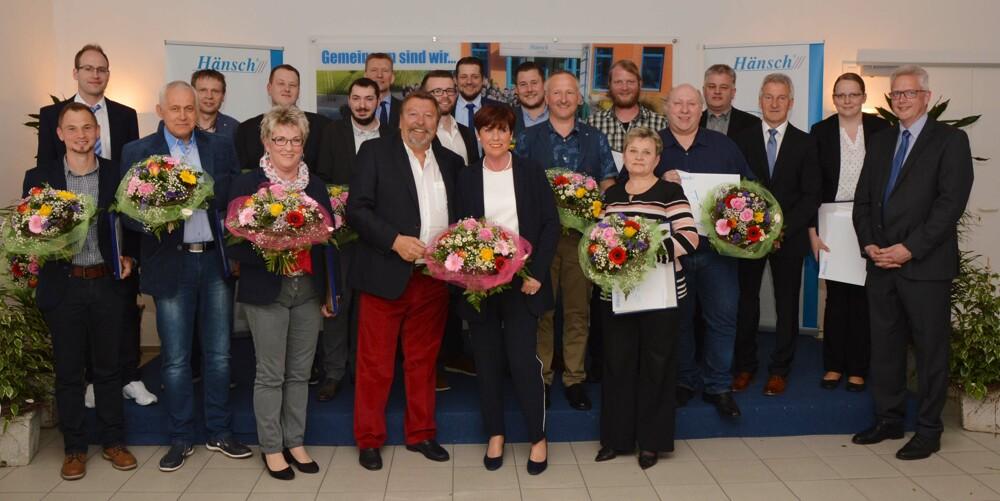